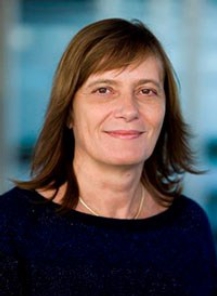 Dr. Marie-Paule Kieny was appointed WHO Assistant Director-General in October 2010. Prior to this, Dr. Kieny directed the WHO Initiative for Vaccine Research since its inception in 2001. Major successes under her leadership were the development and licensing of a new vaccines against meningitis A, and against pandemic influenza in developing countries through pioneering the transfer of technology and know-how. Vaccines against poverty-related diseases and those that disproportionately affect poor and marginalized populations are continuing priorities since her first role in WHO with the Special Programme for Research and Training in Tropical Diseases in 2001. In 2009-2010 she lead the WHO Pandemic Influenza Deployment Initiative which allowed delivery of more than 80 million doses of vaccine to nearly 80 low- and middle-income countries. She was placed in charge of Ebola R&D in WHO in 2014 and has overseen the design and implementation of a successful Ebola Vaccine clinical trial in Guinea.

Before coming to WHO, Dr Kieny held top research positions in the public and private sectors of her home country, France. The positions included Assistant Scientific Director of Transgene S.A. from 1981 to 1888, and Director of Research and Head of the Hepatitis C Virus Molecular Virology Group at the Institute of Virology, Institut national de la santé et de la recherche médicale (INSERM) from 1999 to 2000.

Dr Kieny's research career began with the development of a recombinant rabies vaccine, allowing the elimination of rabies in vaccinated territories in Europe and North America. She has also worked on the design of several original AIDS vaccine candidates in collaboration with the Pasteur Institute, and conducted research on immuno-gene therapy targeting breast and cervical cancers with encouraging results. Dr. Kieny has taught molecular virology, vaccinology and genetic engineering and directed the research of many doctoral candidates and undergraduates.

She received her PhD in Microbiology from the University of Montpellier in 1980, where she was also awarded a University Diploma in Economics, and her Diplôme d’Habilitation à Diriger des Recherches from the University of Strasbourg in 1995. Dr. Kieny has published over 250 articles and reviews, mainly in the areas of infectious diseases, immunology and vaccinology.