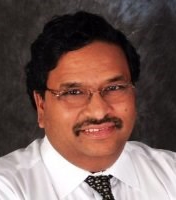 With a PhD in Biology (Zoology) from Central Drug Research Institute, Dr. Srivastava has a strong background in vaccine development, particularly in immunogen design, purification, analytical and formulation development, and has published extensively in these areas. Previously, he has spent more than twelve years at Chiron Corporation/Novartis Vaccines and Diagnostics, Inc. in various capacities, including Head (AI), Protein Biochemistry; Head, Vaccine Manufacturing; and Head, Protein Expression and Analytics. He also spent two years at NIH’s Vaccine Research Center (National Institute of Allergy and Infectious diseases), where he led the purification, analytical and formulation development of Chikungunya vaccine for clinical evaluation.

Dr. Srivastava has more than 120 peer reviewed publications, including contributions in Vaccine, and Science. In addition, he co-edited the book “Development of Vaccines: From Discovery to Clinical Testing,” published by John Wiley and sons in 2011. He joined Protein Sciences in 2013 and served as Vice President of Product Realization from 2012-2015 where he led the yearly strain change activities required for successful commercial production of flu vaccine. Since 2015, Dr. Srivastava has served as Vice president of Process and Analytical Development and has made significant contributions in process optimization, improving the yield of Flublok, and performing comparability studies to implement process changes to the approved process.

Dr. Srivastava has served on the NIH special emphasis study section focused on vaccine development for ten years and in 2015 was named the standing member of the scientific review committee VACC. Dr. He has served on the Scientific Advisory Boards of the Gates Foundation Funded Program Project at the University of Massachusetts, the NIH Funded Program Project for the Development of HIV Vaccine at the University of Massachusetts, and currently serves as the Chair of the Scientific Advisory Board, Staged Vaccine Development Program at the University of Massachusetts. He has many honors, among which are two Research Fellowships with the Indian Council of Medical Research Malaria project, a Swiss Government Scholarship to work at Hospital Cantonal, University of Geneva, and malaria research support from the Swiss National Research Foundation.