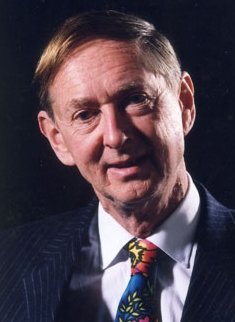 The world renowned influenza virologist Professor John Oxford is Scientific Director of Retroscreen Virology Ltd., and Professor of Virology at St Bartholomew’s and the Royal London Hospital, Queen Mary’s School of Medicine and Dentistry. British-born, his research interest is the pathogenicity of influenza, in particular the 1918 Spanish Influenza strain. This research has been featured on science television programmes in the UK, USA, Germany and The Netherlands. Professor Oxford was fortunate in his early career to work under Sir Charles Stuart-Harris, who in 1933 had isolated the influenza virus and who was a great inspiration to the young John Oxford. Professor Oxford then moved to Canberra to work under Professor Graeme Laver, whose work with the crystallization of the influenza protein formed the basis for the development of the Tamiflu vaccine.

Co-author of two standard texts: “Influenza, the Viruses and the Disease” with Sir Charles Stuart-Harris and G.C. Schild, and most recently “Human Virology: A Text for Students of Medicine, Dentistry and Microbiology,” now in its third edition, Professor Oxford is a prolific communicator. He also makes time to give numerous interviews on BBC Radio and Television, and is a frequent contributor to the BBC News website. Professor Oxford has published 250 scientific papers.

He is especially proud of Retroscreen Virology, which he established in 1989 with the help of EU funding. Retroscreen Virology has grown into Europe’s leading contract virology research company. Its work is dedicated to creating the next generation of antivirals and vaccines in the field of biomedical research. It is the only company in the UK able to conduct human influenza challenge studies in a specialised quarantine unit with A/Panama/2007/99 and A/New Caledonia/20/99 viruses and has characterised influenza A (H1N1 and H3N2) and B viruses. Recently the company cultivated the SARS virus in its containment laboratory and has investigated virucides and lozenges for major pharmaceutical companies.