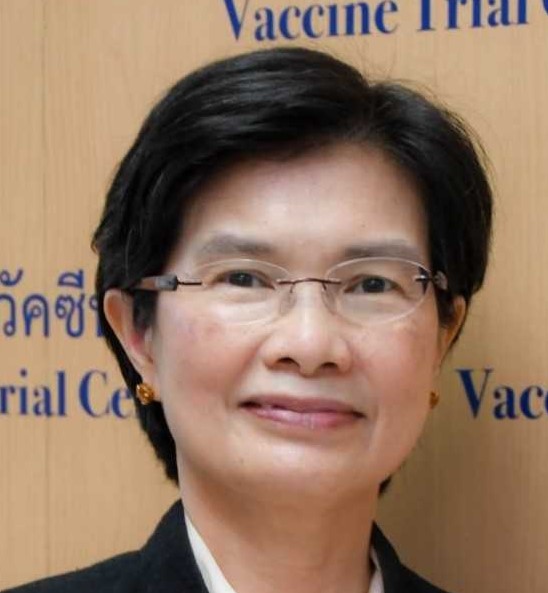 Professor Punnee Pitisuttithum is the Head of the Department of Clinical Tropical Medicine, and also the Head of the Vaccine Trial Centre (VTC) at the Faculty of Tropical Medicine, Mahidol University, Thailand. She is an internationally recognized expert on tropical infectious diseases, especially on vaccine trials and clinical studies. She has completed over 40 clinical trials and has 170 publications in international peer-reviewed journals. Her research has been cited more than 5,000 times according to Scopus database. She has designed and conducted numerous clinical studies (phase I, II, III vaccine trials) of tropical diseases and vaccine against HIV/AIDS, HPV, Cholera, and other infectious diseases. She was the lead clinical investigator in the largest community trial of HIV vaccines (prime-boost regimen) involving 16,000 participants (RV144) which was the first time showed efficacy in human. She played a key role in the testing of the world’s first commercial dengue vaccine.

She served as a member of the Initiative for Vaccine Research (IVR) of the World Health Organization (WHO), the WHO-UNAIDS Vaccine Advisory Committee (VAC) on HIV/AIDS, the International AIDS Vaccine Institutes, and the Task Force on Research and Development during the establishment of The Global Alliance for Vaccines and Immunization (GAVI). She has also chaired and co-chaired numerous international conferences or reviewing committees. She has received numerous honors and awards including the Most Outstanding Researcher in Medical Science in 2015 from the National Research Council of Thailand, as well as the Mahidol University Award for Outstanding Research in 2013.

She received her MBBS degree from Lady Hardinges Medical College, New Delhi, India. She has a Diploma in Tropical Medicine and Hygiene and a Doctor of Clinical Medicine degree, both from Mahidol University, Thailand. She also holds a Diploma of Thai Board of Internal Medicine from the Medical Council of Thailand.